The introduction of the European Union (EU) WEEE/Restriction of Hazardous Substances (RoHS) legislation in 2006, which restricted the use of lead components in many electronic products, means that it has become increasingly important for defense and aerospace embedded-system designers to understand the challenges of lead-free design. Furthermore, since its introduction, the EU's RoHS regulations have continued to evolve. Recent changes to the laws were instituted in July 2011, when the rules were extended to include more electronic equipment categories and previous category exemptions were removed. Not surprisingly, interest in lead-free electronics is growing around the world, with countries beyond the EU enacting their own regulations. For this industry, one of the highest profile, yet least widely understood issues resulting from the global drive toward lead-free electronics is the product-integrity risk resulting from the so-called tin whisker phenomenon. The good news is that intensive research is leading to effective mitigation of tin whiskers.

Tin whiskers - thin metallic structures that grow out of tin-rich finishes on lead-free component terminations - can pose a serious short-circuit risk (see Figure 1). As components that have lead-containing terminations and finishes are nearly eliminated, the tin-whisker issue will only continue to grow in significance. Just how big a threat is the tin-whisker phenomenon, and what impact will tin-whisker growth have on the integrity of fielded embedded systems using lead-free parts? While critical defense systems are eligible for an exemption to the RoHS, the value of that exemption is reduced as the availability of lead-based parts diminishes.

Figure 1: Tin whiskers - thin metallic structures that grow out of tin-rich finishes on lead-free component terminations - can pose the risk of short-circuiting embedded electronics that need the highest level of reliability.

It's clear that the industry is only now beginning to understand the impact of the industry's shift to lead-free components. The potential legal ramifications of lead-free construction and tin whiskers are already starting to emerge. At the end of October 2014, a class-action lawsuit was filed in Northern California District Court alleging that Apple's 2011 15-inch and 17-inch MacBook Pro laptops were defective and that the company failed to take appropriate measures to compensate customers whose hardware broke. In the suit, the plaintiffs claimed to have suffered from "random bouts of graphical distortion, system instability, and system failures. "The complaint specifically blames the solder used to connect the dedicated GPU in the laptops to the main circuit board, stating that "lead-free solder" tends to develop microscopic tin whiskers,' which cause short-circuiting and other problems within electronic devices. "Further, the suit claims that lead-free solder was used by Apple to comply with EU regulations, with the lead-free approach making its way into U.S. products so that the company could save on manufacturing costs.

The introduction of lead-free components and assemblies into defense and aerospace systems poses a potential reliability risk if the proper measures are not taken, beginning with an understanding and mitigation of the various risks. In addition, the overall process of controlling if, when, and how lead-free manufacturing is introduced needs to be addressed through a comprehensive lead-free control plan (LFCP).

Curtiss-Wright has investigated the top risks identified by the PERM (Pb-free Electronics Risk Management) Consortium, an industry group that represents the defense/aerospace industry. The research includes testing of circuit-card assemblies to better understand tin-whisker risk and evaluate mitigations, together with extensive studies and testing of lead-free components, soldering, and assembly processes.

The embedded electronics industry must be committed to maintaining the high reliability of its products for the aerospace and defense sector. To that end, the embedded industry needs to educate itself on the risks associated with the use of lead-free parts. The good news is that effective means of reducing such risks as tin whiskers now exist; these mitigating techniques need to join the existing suite of mitigations already in place to ensure the ruggedness and reliability that deployed military systems demand.

This article was written by Ivan Straznicky and published by Military Embedded Systems. 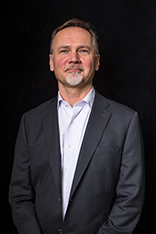 Ivan Straznicky, P.Eng. is CTO Advanced Packaging and a Technical Fellow at Curtiss-Wright Defense Solutions, Ottawa, Ontario, Canada. He received his Bachelor of Mechanical Engineering from McGill University and is a Certified Advanced Technology Manager. His responsibilities include the entire scope of advanced packaging technologies for the company’s products. Ivan has over 30 years of experience in the defense and aerospace industry in manufacturing, engineering, technology, and management.

Evaluating and comparing rugged commercial off-the-shelf (COTS) boards and systems can be confusing. Although military ruggedization standards make the process easier, the techniques and methodologies used to ensure ruggedness and reliability can differ from one vendor to another. Curtiss-Wright goes well beyond standard industry processes to deliver ruggedized solutions with trusted and proven reliability that cannot be matched in the industry.