What are VICTORY and GVA?

What are VICTORY and GVA?

What is Vehicle Integration for C4ISR/EW Interoperability (VICTORY)?

The VICTORY specification was officially kicked off in 2010 by the U.S. Army and a consortium of defense and industry participants, including Curtiss-Wright. It promotes the use of open standard physical and logical interfaces between LRU subsystems on C5ISR (formerly C4ISR) and electronic warfare (EW) combat vehicles, mitigating the problems created by the "bolt-on" approach to fielding equipment on military vehicles.

In a VICTORY architecture, shown below, all systems communicate over Ethernet, enabling shared use of data, signals, and peripherals, such as a keyboard, across multiple pieces of equipment. To achieve this, system integrators create VICTORY software using open source libraries based on Simple Object Access Protocol (SOAP) to allow communication between devices over Ethernet and ensure interoperability. This service-based network is referred to as the VICTORY Databus (VDB). 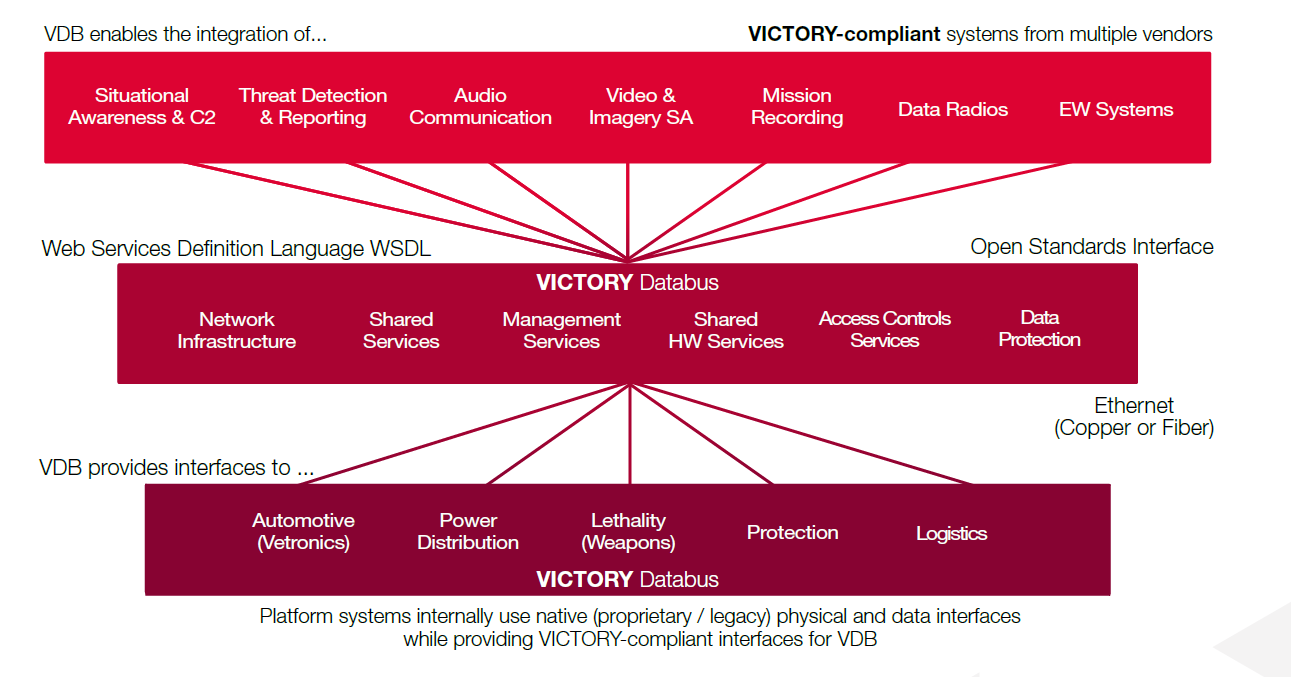 What is Generic Vehicle Architecture (GVA)?

GVA is a standard created by the U.K. Ministry of Defence. Similar to VICTORY, GVA mandates that open, modular, and scalable architectures are used to design new and upgraded land vehicles. Both standards do not suggest specific solutions, but define a generic architecture that's platform and vendor agnostic and can be tailored to design requirements. Where VICTORY specifically aims to provide an architecture for C5ISR and EW systems, GVA plays a broader role across the entire land vehicle platform; its standards apply to electronic and power infrastructures (including cables, connectors, and electrical interfaces), Human Machine Interfaces (HMI), and Health and Usage Monitoring Systems (HUMS). 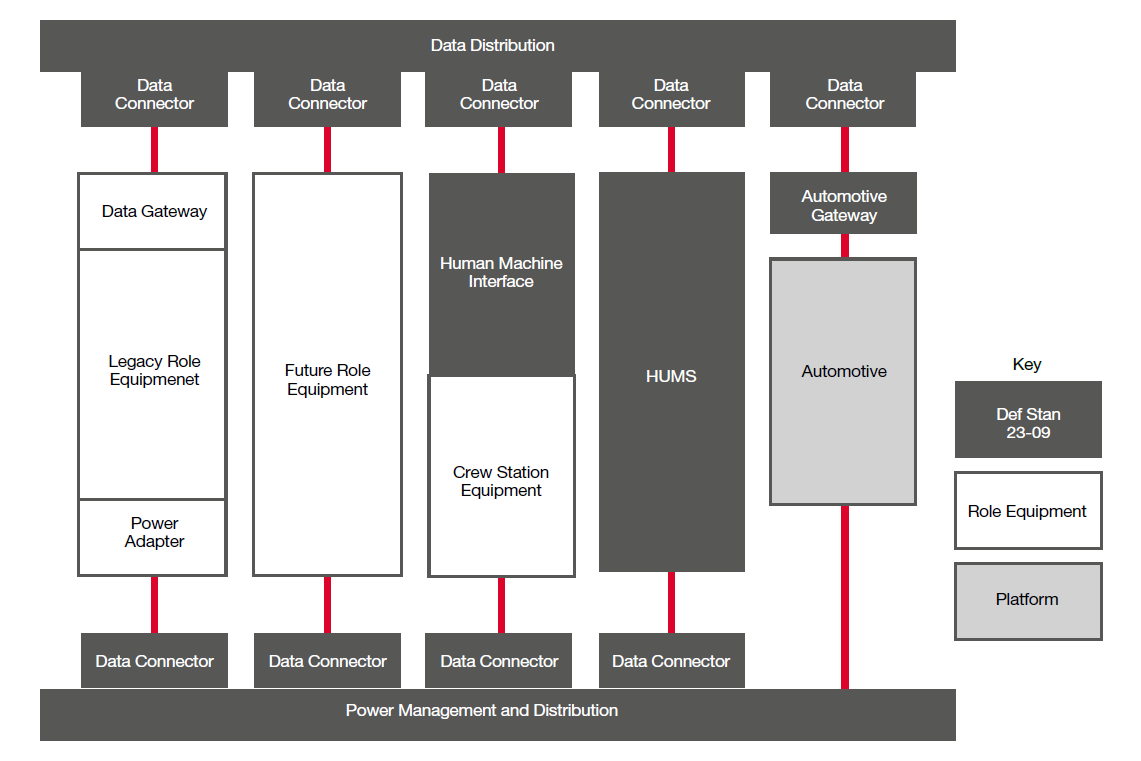 GVA has been adapted outside of the U.S. and U.K. through approaches like NATO GVA (NGVA) and Australian Generic Vehicle Architecture (AS GVA). These variants widen GVA’s reach and promote interoperability and standardization between systems from allied nations.

Read “Modular Open Systems Approach (MOSA): Why Open Standards like CMOSS and SOSA™ Are the New Normal” for more information on open standards such as VICTORY and GVA, or explore our VICTORY and GVA solutions.