ASHBURN, Va. – February 14, 2022 – Curtiss-Wright’s Defense Solutions division, a leading supplier of modular open systems approach (MOSA) based solutions engineered for success, today announced that it has been selected by a leading defense system integrator to provide its embedded Security IP module technology.  Under the contract, Curtiss-Wright will supply its XMC-528 Mezzanine Card for use in multiple sensor system programs. The enhanced TrustedCOTS (eTCOTS™) module speeds the integration of advanced security IP, such as Raytheon’s Night CoverTM product suite and Idaho Scientific’s Immunity cryptographic products, into new and legacy systems wherever XMC (VITA 42/61) mezzanine cards can be used, including modules designed to align with The Open Group Sensor Open Systems Architecture™ (SOSA) and U.S. Army’s C5ISR/EW Modular Open Suite of Standards (CMOSS) technical standards.  This makes the XMC-528 a compelling security IP solution for a wide range of system architectures including ATCA, rackmount servers with PCIe slots, as well as VME and OpenVPX modules. The value of the contract is $4 million. The lifetime value of the contract is estimated at $25 million.

“We are very proud that our recently introduced XMC-528 module, in a first major win for this innovative new security IP solution, has been selected to protect critical data and technology on deployed sensor systems,” said Chris Wiltsey, Senior Vice President and General Manager, Curtiss-Wright Defense Solutions. “Previously, most security IP solutions have required costly and time-consuming customization of the target military hardware. Now, with the XMC-528 XMC module, system designers can quickly add security to any Curtiss-Wright or third-party module that supports an XMC site, which significantly lowers the cost and time required to bring advanced security IP to embedded electronics.” 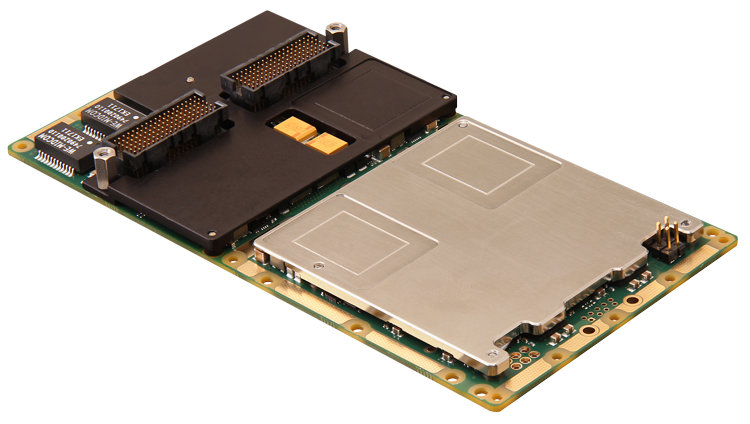 About the XMC-528 Module

The XMC-528 enables system integrators to add embedded security to fielded systems without a complete redesign. Using industry standard interfaces, the XMC-528 mezzanine card can be hosted on existing system modules – such as Curtiss-Wright’s VME-1910, VPX6-1961, and SOSA-aligned VPX3-1260 single board computers – to implement advanced data protection.  The same security IP suite provided by the XMC-528 mezzanine module can also be integrated directly into the on-board security FPGA resident on Curtiss-Wright’s family of security-ready OpenVPX modules – such as the CHAMP-XD1S 3U digital signal processor card and soon to be announced next-generation processor modules. Systems such as high-performance rack-mount servers can be supported with an appropriate XMC carrier.

Curtiss-Wright is an active contributor to the definition and advancement of the open standards included in CMOSS and those being defined in The Open Group Sensor Open Systems Architecture™ (SOSA). Curtiss-Wright has been a leading participant in the development of the CMOSS and SOSA standards since the inception of both initiatives and is a key participant in several SOSA™ Consortium working groups (including holding a chair position in the SOSA Consortium). In addition, the Company has been a leading contributor to the VITA Standards Organization (VSO) that oversees the definition of the OpenVPX, PMC, XMC, and FMC form factor standards that provide the foundation of both CMOSS and SOSA technical standards. This makes Curtiss-Wright ideally positioned to work with customers to help guide the development and success of their CMOSS- and SOSA-aligned applications.

The products covered by the contract were designed at Curtiss-Wright’s facility in Ashburn, Virginia.

Curtiss-Wright Corporation (NYSE:CW) is a global innovative company that delivers highly engineered, critical function products and services to the Aerospace and Defense markets, and to the Commercial markets including Power, Process and General Industrial. Building on the heritage of Glenn Curtiss and the Wright brothers, Curtiss-Wright has a long tradition of providing reliable solutions through trusted customer relationships. The company is located in Davidson, N.C. and employs approximately 8,200 people worldwide. For more information, visit www.curtisswright.com.

Note: Trademarks are property of their respective owners.

This press release contains forward-looking statements made pursuant to the Safe Harbor provisions of the Private Securities Litigation Reform Act of 1995. Such statements, including statements relating to Curtiss-Wright’s expectations a continued relationship with an existing customer, the continued success of this embedded security technology, the performance of its products and the future opportunities associated with this technology, are not considered historical facts and are considered forward-looking statements under the federal securities laws. Such forward-looking statements are subject to certain risks and uncertainties that could cause actual results to differ materially from those expressed or implied. Readers are cautioned not to place undue reliance on these forward-looking statements, which speak only as of the date hereof. Such risks and uncertainties include, but are not limited to: a reduction in anticipated orders; an economic downturn; changes in competitive marketplace and/or customer requirements; a change in US and Foreign government spending; an inability to perform customer contracts at anticipated cost levels; and other factors that generally affect the business of aerospace, defense contracting, marine, electronics and industrial companies. Please refer to the Company's current SEC filings under the Securities Exchange Act of 1934, as amended, for further information.

Curtiss-Wright’s TrustedCOTS embedded processor card family includes single board computers and digital signal processing engines. Designed using cutting-edge Trusted Computing techniques and mechanisms to enable the safe, reliable operation of embedded systems, our TrustedCOTS products provide confidence not only that systems are secure and un-compromised, but that critical data or IP will not benefit adversaries if hardware falls into enemy hands.