“Reflecting our commitment to being the industry leader in delivering best-in-class CMOSS and SOSA aligned solutions, our innovative agreement with NI enables us to be the first to bring the functionality of the Ettus Research USRP E320 software-defined radio to open architecture OpenVPX systems,” said Chris Wiltsey, Senior Vice President and General Manager, Curtiss-Wright Defense Solutions. “In support of the DoD’s mandate for MOSA-based solutions, our VPX3-E320 SDR 3U OpenVPX module provides system designers with a compelling choice for deploying rugged battlefield communications capabilities.”

“Dominance of the electromagnetic spectrum has never been more critical to mission success. NI is committed to accelerating the transition of new communications and EW capabilities from concept to laboratory to the warfighter,” said Luke Schreier, Senior Vice President and General Manager of NI’s Aerospace, Defense, and Government Business Unit. “Our collaboration with Curtiss-Wright on the VPX3-E320 provides system designers with a direct path to migrate IP from NI prototyping hardware to mission systems.” 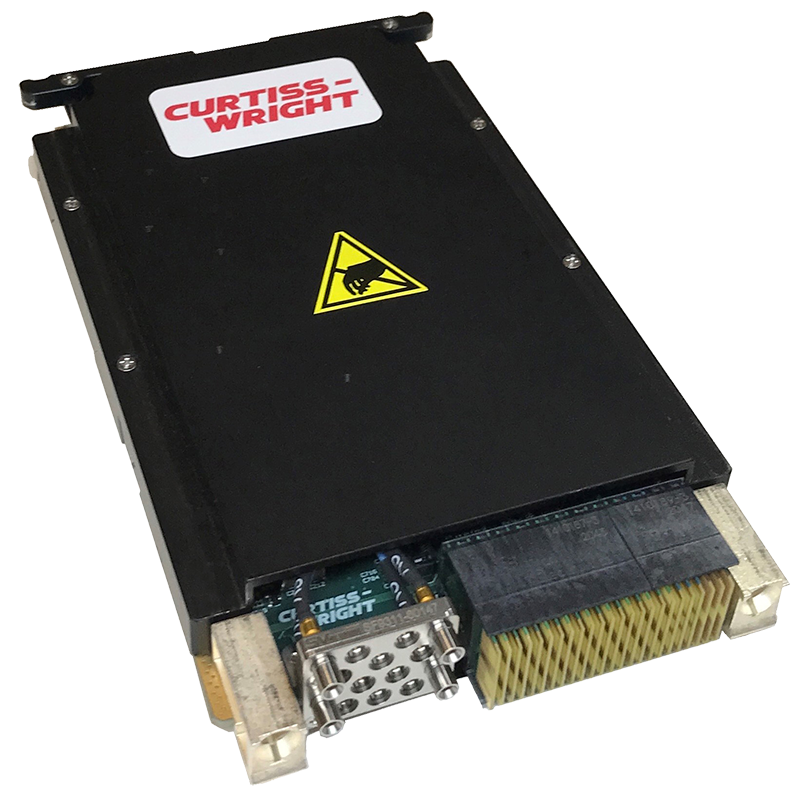 Developed under agreement with NI, Curtiss-Wright’s VPX3-E320 SDR module is an OpenVPX functional equivalent variant of the Ettus Research USRP E320. The module is fully compatible with the USRP Hardware Driver (UHD) and features a flexible 2 x 2 MIMO RF Agile Transceiver with 12-bit ADCs and DACs. The board supports tunable bandwidths from 200 kHz to 56 MHz over a frequency range from 70 MHz to 6 GHz. As part of the product roadmap, Curtiss-Wright will add a “step-down” converter to this board to accommodate frequencies down to 30 MHz for use on combat net radios. Baseband signal processing uses a Xilinx Zynq 7045 System-on-Chip FPGA to deliver accelerated FPGA computations and software-based processing using its dual-core Arm® CPU. Device configuration can be accomplished with the NI USRP UHD, either through GNU Radio or with common programming languages such as Python or C++. Applications previously developed on the USRP E320 will port directly to the VPX3-E320.

The VPX3-E320 module’s backplane I/O is designed for alignment with the latest RF system implementation standards, including CMOSS, the Vehicular Integration for C4ISR/EW Interoperability (VICTORY), and Modular Open RF Architecture (MORA). Designed for superior durability and reliable operation in harsh environments, the VPX3-E320 incorporates Curtiss-Wright’s industry-leading rugged hardware design and validation practices to meet the stringent requirements of the most demanding front-line conditions.

NOTE: All trademarks are the property of their respective owners.