Airborne electronic warfare (EW) is heading in different directions as the U.S. Air Force, Navy, Army, and Marine Corps each stake out their own approaches, equipment requirements, tactics, techniques and procedures, and concepts of operation to deal with the rapidly evolving technologies flooding the 21st century world.

The Air Force has abandoned large-scale dedicated manned EW aircraft, the Navy is betting heavily on the Boeing EA-18G Growler, the Marines have eschewed the Growler in favor of equipping aircraft with cyber electronic warfare capabilities, and the Army is building a Multi-Function Electronic Warfare (MFEW) family of systems.

What all four have in common is a broader view of this growing arena, that includes EW, cyber warfare, and signals intelligence (SIGINT). Slowly for some, rapidly for others, it all now falls under the umbrella of electromagnetic spectrum warfare.

“Being able to maneuver in the electromagnetic spectrum is a fundamental tenant of all operations and has been for some time,” says Air Force Lt. Col. Dan Javorsek, program manager for the Mosaic Warfare Execution Portfolio at the U.S. Defense Advanced Research Projects Agency (DARPA) in Arlington, Va. “You can’t imagine any modern nation having a program without some expertise in the electromagnetic spectrum. Communications and EW all fit in the same part of the spectrum and you need to be able to manipulate that space.

“The transition to the digital world gives us a lot of new capabilities, but also a lot more things we need to manage,” Javorsek continues. “Most of the time there is an opportunity for the system user to modulate and control that, to use EW in an offensive and a defensive sense. If the user has maximum flexibility, which digital systems give us, that emphasis will move around a lot. The more we can control, manipulate and exploit the electromagnetic spectrum, the technology is really agnostic in terms of offense or defense.”

Electromagnetic spectrum as a domain

Many now see the electromagnetic spectrum as a major battle domain, to be managed and dominated, with EW a part of that.

“Twenty years ago, we were looking at the world through stovepipes, and EW was mildly interesting, but radar was the system of choice,” notes Joe Ottaviano, director of advanced product solutions at the Lockheed Martin Corp. Rotary and Mission Systems segment in Syracuse, N.Y. “As we have moved to digital, multifunction and EW systems have taken the forefront in how the warrior looks at the battlespace. So there has been a maturing of EW from an analog to digital multifunction capability.”

Airborne EW also is expanding as technological advances enable unmanned aerial vehicles (UAVs) to take on a growing role. Previously used primarily for intelligence, surveillance and reconnaissance (ISR) and hunter/killer missions, UAVs of all sizes are being considered to be EW platforms.

“With unmanned you do have the ability to do things you couldn’t or wouldn’t with a manned aircraft, such as projecting farther. There also are opportunities to use those in concert, which comes down to processing, storage, between platform networking, just a lot of computing infrastructure,” says David Jedynak, chief technology officer at the Curtiss-Wright Corp. Defense Solutions division in Ashburn, Va.

“As we are able to provide more and more capability in a smaller and smaller size, the capability that can go on an unmanned vehicle (UV) can continue to climb — or you can put equivalent capability on a smaller platform,” Jedynak says. “That means you can proliferate more EW, by degrees, to more different platforms, including smaller aircraft that couldn’t carry the old, heavy equipment.”

The main thrust in developing EW UAVs is some level of machine learning and autonomy, he adds.

Top commanders seek to embed EW capability at virtually all echelons as warfighters seek to make up for years of lost time. 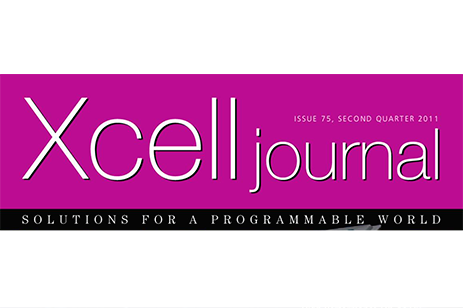 Paul Bundick explains the two major challenges that confront developers of military radar-processing systems and how Curtiss-Wright is meeting those challenges with configurable FPGAs.

As a result of our long-time commitment to developing modular COTS solutions based on open standards architecture, along with our dedication to industry collaboration and open standards development, Curtiss-Wright is ideally positioned to deliver ruggedized, reliable, and secure COTS solutions that are aligned with key industry standards.

With the continued proliferation of protecting the warfighter and increase in use of unmanned vehicles (UAV, UAS,  UGV, UAH, UUV, and USV) and small tactical vehicles, there is increasing pressure to find ways to be more and more competitive in the deployed military market. The number of platforms that require low size, weight, power, and cost (SWaP-C) solutions is exploding. In response to this growing need, Curtiss-Wright continues to innovate by miniaturizing computing, networking, flight test, data recording and storage and video components or enabling the consolidation of multiple components into a single miniaturized solution.