Real-time software in embedded computing, like real-time operating systems (RTOS) in military and aviation applications, must work quickly and with no errors. On top of reliability, experts in real-time technology say it must have robust information security for critical and classified data.

“The intrinsic value of an RTOS is to provide guaranteed processing performance,” explains Richard Jaenicke, director of marketing for Green Hills Software in Santa Barbara, Calif. “For sensor signal processing, that can be used to make sure the data is processed in real time so that none are dropped. To achieve that level of determinism, an RTOS generally is smaller and faster than a basic OS, consuming fewer resources. Consuming fewer resources is a particular advantage when running on processor cores embedded in an FPGA [Field Programmable Gate Array]. Finally, many RTOS are safety-certifiable. The safest RTOS are based on a separation kernel, which isolates applications from each other and from the kernel so that a fault in one cannot affect the others. When a particular function requires the absolute lowest latency, it can be included in the kernel and still retain the benefits of isolation from the other applications.”

Ray Petty, vice president of global aerospace and defense at Wind River Systems in Alameda, Calif., says that embedded systems control technologies are used in our daily lives from phones to airplanes.

“Embedded systems typically comprise both hardware and software,” Petty says. “The hardware consists of tiny components, like microcontrollers or microprocessors. The software is usually a real-time operating system, such as VxWorks, that performs dedicated tasks and is designed to control time-dependent applications and components in a consistent and predictable manner. RTOS form the foundation of an embedded system.” 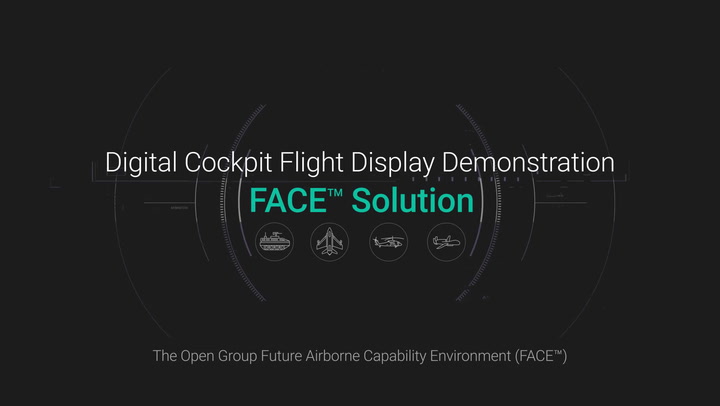 Wind River, Ansys, CoreAVI, Curtiss-Wright, and RTI have collaborated to create a solution stack that enables a digital cockpit flight display with touchscreen capabilities for a FACE solution.