The U.S. Army’s recent request for proposal (RFP) from industry for its new Optionally Manned Fighting Vehicle (OMFV), the planned replacement for the venerable Bradley Infantry Fighting Vehicle, represents a true milestone for the commercial off-the-shelf (COTS) industry. What makes this ground vehicle a real turning point is the extent to which its design will embrace open standards, as was made very clear during the virtual Industry Day event for OMFV organized by the Army last December.

The Army is telling all suppliers that OMFV “requires a Modular Open Systems Approach (MOSA),” which it states is critical to the long-term success of the vehicle. The argument for implementing MOSA is to “ensure the program can avoid major redesigns or re-architecting” of the vehicle’s systems and subsystems.

In addition to helping to evolve requirements and threats, system upgrades and technology insertions, the insistence on MOSA also calls out the need to address obsolescence and avoid vendor lock. This program is another sign of the extent to which the U.S. Department of Defense (DoD) now sees the open-architecture approach, long championed for years by the VME International Trade Association (VITA) and other standards organizations, maturing into a de facto requirement.

The OMFV RFP further builds on the message delivered by the Tri-Services Memo of January 2019, “Modular Open Systems Approaches for our Weapon Systems is a Warfighting Imperative,” in which the secretaries of the Army, Air Force, and Navy all emphatically expressed that “MOSA supporting standards should be included in all requirements, programming and development activities for future weapon system modifications and new start development programs to the maximum extent possible.” 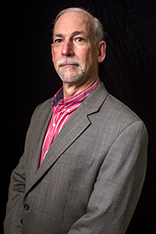 Mike Macpherson has over 35 years of experience in the defense industry. Mike graduated from the California State University, Northridge (CSUN) in 1982 with a Bachelor's Degree in Computer Science where his specialty study area was numerical analysis. He began his career supporting Anti-Submarine Warfare systems at the Lockheed Corporation in southern California. In 1985 he helped found Vista Controls Corporation, a pioneer in bringing commercial off-the-shelf (COTS) electronic solutions to the Military. In 2000, Mike joined the MITRE Corporation, a Federally Funded Research and Development Company (FFRDC), as a Senior Technical Manager; His most notable assignment was that of Program Manager for MITRE's support to the Army's Future Combat Systems (FCS) program. In this capacity, Mike led the development of the Network Centric System of Systems Architecture for FCS. Mike is currently the Vice President of Strategic Planning for Curtiss-Wright Defense Solutions.

Why Open Standards Like CMOSS and SOSA Are the New Normal

Introducing your essential guide to all things MOSA. This white paper explores the MOSA directive, its significance for defense technology, and MOSA-supporting standards like SOSA, CMOSS, VICTORY, GVA, FACE, and OMS/UCI.