Some time ago, when designers started thinking about unmanned undersea vehicle (UUV) applications, concerns were raised that the undersea environment might be so different or exotic that standard solutions would need to be significantly modified. To the surprise of many, however, it was found that there is a significant commonality between unmanned aerial vehicle (UAV) and UUV environments. There are, to be sure, unique aspects to each type of platform, but in general, standard rugged military commercial off-the-shelf (COTS) embedded solutions are applicable to both.

The U.S. Navy sees great potential in the use of unmanned undersea vehicles (UUVs), which already see active duty today in such missions as searching for and removing mines and collecting oceanographic data. The range and scope of missions with which these platforms are tasked is sure to expand rapidly if the proliferation of uses for unmanned air and ground vehicles is any predictor.

According to a 2016 forecast from MarketsandMarkets, the overall UUV market – including commercial, defense, and homeland-security applications – is on track to nearly double, from $2.29 billion in 2015 to $4 billion by 2020. It’s expected that these vehicles, whether small enough to be launched from a submarine’s torpedo tubes or 51 feet long like Boeing’s Echo Voyager, will take on more and more autonomy and will be sent on increasingly complex missions, such as intelligence, surveillance, and reconnaissance (ISR) and situational awareness. These types of compute-intensive applications will drive big increases in the amount of processing and networking capabilities that need to be deployed on UUVs. The good news is that many of the COTS solutions already developed, deployed, and field-proven on unmanned aerial vehicles (UAVs) are also suitable for use on UUVs. The challenge for UUVs, just as it is for their airborne and ground siblings, often comes down to size, weight, and power – especially power.

The trick for UUV system designers is how best to optimize the mission payload while taking into consideration the limits of the underwater vehicle’s power source, which ultimately determines maximum endurance, distance, and speed. By definition, UUVs must travel through the thick medium of water, which means that it takes eight times the amount of energy to enable it to go twice as fast. That’s why there’s a technology race on to develop the best way to power UUVs. Power candidates today range from environmentally propelled wave gliders to electrical batteries, such as lithium-ion designs, to fuel engines and cells. Very recently, for example, Aerojet Rocketdyne received a contract from the U.S. Navy to develop technology that enables a UUV’s battery to be wirelessly and remotely recharged while undersea.

COTS vendors have a big role to play in helping to expand the capabilities of UUVs by applying their expertise in miniaturizing electronics and ruggedizing for harsh environments. The SWaP constraints typical of UAVs are similar to those found in underwater vehicles. What’s more, the same system architectures, technologies, modules, and line replaceable unit (LRU) approaches can be used to speed development and bring down costs. There are some differences, though, when deploying COTS systems undersea versus in the air. Some of those differences actually make life easier for the UUV designer and add requirements distinct from those confronted by airborne system integrators.

It’s safe to assume that for most COTS system designers the underwater environment is an unfamiliar one. It may come as a happy surprise, then, to find out that one of the biggest differences (and advantages) that UUVs have over air and ground vehicles is that they operate in what has been called the biggest heatsink in the world. As a result, providing efficient thermal management is much less troublesome underwater. In fact, for some designs, water can actually be allowed to flow through the interior of the UUV to directly cool isolated payload chambers.

Cooling is a challenge for UAVs for the simple reason that there are fewer molecules in the air at higher altitudes. In the case where UAV system requirements provide no airflow for cooling electronics, thermal management is more difficult. The upside for UUV system designers is that a COTS system built to operate at high altitude is also one that can be trusted to perform well underwater. In fact, cooling demands are much more rigorous for UAVs flown where there is no air than they are for systems deployed in a sealed chamber, as is the case with many UUV subsystems.

UUV system designers also don’t have to worry about altitude. For airborne applications, altitude can be of concern because of its potential effect on components, such as electrolytic capacitors, which are susceptible to failure at higher altitudes. UAV system designers must make sure that they are using components that are altitude-rated for the intended usage. For example, helicopters are generally satisfied with a device that can operate as high as 15,000 feet, while a surveillance aircraft may need devices that can function at altitudes from 30,000 to 60,000 feet. Airborne COTS systems typically must pass MIL-STD-810 altitude testing in an altitude simulation chamber to validate operation at the altitude required by the intended application.

While altitude is not a requirement for UUVs, they may have very different shock and vibration requirements than UAVs. For example, UUV testing might require simulating the effects of a torpedo hit. Certifying for this type of threat means that UUV subsystems may need to prove reliability for the relevant frequencies covered by MIL-S-901D, a U.S. Navy standard for shock testing. In this case, the COTS solution intended for deployment onboard a UUV might need to survive a floating barge test, where it is exposed to an explosive shock. Or, alternatively, shock testing might involve a 901D hammer test, during which the electronics are hard-mounted against a metal plate and then struck with a large hammer-like pendulum device that creates massive amounts of G-forces.

SoCs across the board

Overall, there is a great amount of commonality in the requirements of COTS solutions for UUVs, UAVs, and even unmanned ground vehicles (UGVs). For example, all three platforms can use system-on-chip (SoC) technologies: Because SWaP is a key issue, the use of Intel and ARM-core SoC-based mobile class processors, which consolidate CPU, I/O, and memory controllers all within a single IC package – such as an Intel Atom 3800 series processor – is beneficial. Having the option to select a single chip that combines a processor, its companion chipset, and graphics processor (like with the Intel Atom), or to combine a higher performance CPU and integrated GPU (like with the Intel Core i7 products) helps to reduce space and weight for the physical boards and therefore the overall physical size of the system. Moreover, each of these architectures uses advanced power management technologies, making them much more efficient from a MIPS [millions of instructions per second] or FLOPS [floating-point operations per second] per watt perspective. For that reason, they are being used increasingly in applications, such as UUVs, where power sensitivity is present.

A good solution for UUV components are LRUs that cool through passive natural convection; in these, heat is radiated through the thermal mass of the chassis outward without any moving parts, liquid, or air flow. Because the chassis doesn’t need to be bolted down for heat to be conducted downward to a cold plate, these types of subsystems are much easier to thermally manage and integrate and can be located in a much wider variety of places within a platform. An example of rugged LRUs that cool with natural convection are Curtiss-Wright’s Parvus DuraCOR mission computers and DuraNET network switches (Figure 1). 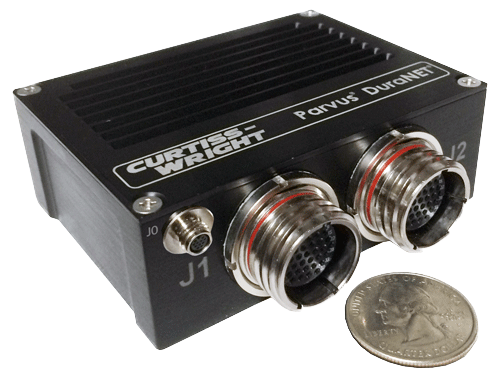 Figure 1: The DuraNET 20-11 switch supports IEEE-1588 PTP, which is used in both UUV and UAV applications

Whether the platform is a UUV or UAV, the mission will typically require communications, computing, and sensors. The target environment, whether air, ground, or sea, will determine which types of sensors need to be supported. For example, a UAV would need FLIR [a forward-looking infrared camera], while a UUV would call for sonar. Although the payloads between the various types of vehicles will be different, the basic COTS electronics won’t vary that much.

Another area of commonality between UUVs and UAVs appears to be the use of Ethernet as the network backbone of choice. The underlying infrastructure for both platforms will use the same traditional Ethernet interface connectivity and can be built using the same COTS building blocks. Additionally, IEEE-1588 Precision Timing Protocol (PTP) synchronization over the network is also increasingly a common trait between the undersea and aerial vehicles.

TSN is a set of standards and capabilities that enable hard real-time use cases over standard Ethernet networks.

The Xeon-D SoC has more cores and threads per CPU (up to 16 cores/32 threads), helping designers upgrade mission computers without the SWaP concerns.