NextGEN and SESAR – Getting Closer Together

NextGEN and SESAR – Getting Closer Together

Aircraft rely on air data computers to process data from sensors to provide information about their speed and altitude. As the distance between aircraft is lowered it becomes more important that this information is highly accurate to reduce the error margin present in these readings.

In order to meet these new requirements air data computers will require a minimum of about ±0.25 millibar accuracy, which equates to ±18 ft altitude and ±0.35 knots indicated air speed (IAS). Air data computers contain sensors that interface to pitot tubes to take readings of pressure. These transducers must provide measurements for an extended period, often receiving data from sensors that are exposed to the outside and extreme conditions (high heat or ice etc.) and therefore needs to be extremely reliable yet affordable enough to be cost effective.

There are two sensor types typically used in air data computers – those based on silicon and those based on vibrating cylinders. Any air data computer can be extremely accurate after temperature correction and linearization at manufacture. However, sensors experience drift over time and the accuracy can degrade. Recalibration is therefore necessary at set intervals to ensure this drift doesn't result in readings which are beyond an acceptable level.

Vibrating cylinders are more stable over time than their silicon counterparts and generally have a stability specification of less than 0.145 mbar (4 ft) change per year (typically much less). This stability reduces the cost of maintenance activities and hence cost of ownership of the air data computer. As aircraft require higher accuracy reading, this becomes even more important to ensure highly accurate information is available at all times without requiring regular sensor recalibration.

Curtiss-Wright ADCs use vibrating cylinders for these reasons and presently meet the extended accuracy requirements for operation in NextGEN and SESAR airspace. These ADCs require minimal routine maintenance or periodic calibration, which reduces downtime and increases operational readiness while lowering overall cost of ownership. Module versions are available that can be integrated with existing host equipment, such as an Attitude Heading Reference System or Inertial Reference System. 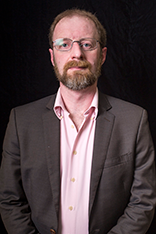 Stephen Willis is the aerospace test and measurement Product Marketing Manager at Curtiss-Wright Defense Solutions. He has a degree in Electrical Engineering, a Masters in Philosophy for research in mathematical models and their market application for risk assessment, and a PG Dip in marketing and management. His current research interests include data acquisition, recording, and control systems and their applications in enabling a cost-effective route to gather large amounts of data. In particular, applications of interest include flight test, crash-protected recording, and structural/usage monitoring programs. He is the author of several academic papers and magazine articles.