NASA needed to develop a space launch system and a manned capsule to replace its previous vehicles and to meet future plans for deep space exploration, including plans to land people on Mars. The Space Launch System (SLS) is planned to be the most powerful ever built while the Orion spacecraft is being designed to carry astronauts to explore the moon, asteroids, Mars as well as ferry crew and supplies to the International Space Station (ISS).

As with any new vehicle, a majority of the operational performance is unverified until data can be gathered from test flights. The challenge with such a launch system is flights are also extremely expensive with the data gathered being very important to the mission success – thus the Developmental Flight Instrumentation (DFI) performance is critical. The environmental conditions are extreme and thus a system must be highly rugged.

However, the limited budget meant a custom engineered solution would be too expensive. What was needed was a DFI system capable of gathering the required data but within the limits of a tight fixed budget available for the developmental flight testing campaign. System flexibility was also a concern to ensure any system could account for late changes in data capture. 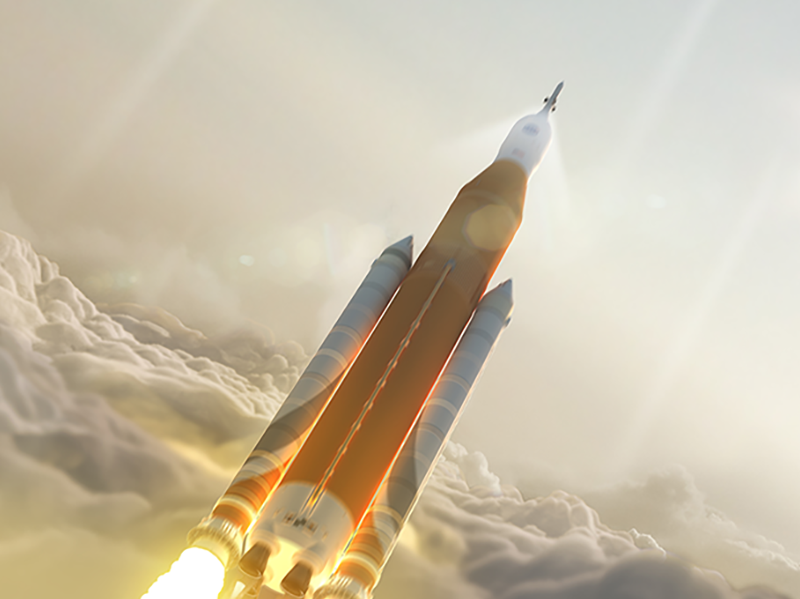 A Commercial-Off-The-Shelf (COTS) system was selected that met all of the customer requirements without the high development costs of a custom system. The anticipated first launch date of the new launcher and capsule will be in 2019. Read all about the solution Curtiss-Wright developed for NASA and the results achieved in our case study.

Our commercial off-the-shelf (COTS) data acquisition, video, and transmission products combine the cost savings of commercial designs with innovative radiation-tolerant strategies to deliver trusted systems at up to 75% lower cost than custom designs.

We've been a trusted supplier on a wide range of missions with leading space organizations around the world. We specialize in reducing costs, development time, and risk through a COTS approach that leverages an extensive library of proven IP and decades of rugged system design experience. Read more about our space solutions and proven success on a variety of launcher, sub-orbital, re-entry and International Space Station (ISS) applications.

This white paper discusses the need for, and challenge of, compact space COTS systems for modern space applications, in particular for small launcher applications.