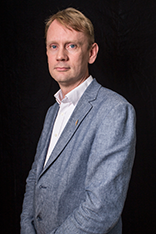 Pat joined Acra Controls in 2006, later acquired by Curtiss-Wright, where he spent five years in the design verification department before moving to applications and support. He is now the Product Line Manager for the data acquisition product lines.

The user defines rules to identify specific messages - there are 4095 rules on the 401 and 2047 rules on the 402. Rules can be defined based on 10 different message types. You can have BC to RT messages, BC to all RTs, RT to BC, RT to RT, RT to all RTs, mode code messages with no data, mode code messages that transmit data, mode code messages that receive data, broadcast messages with no data and broadcast mode codes that receive data. For every message type there are tag and info parameters. These are message count, command, word one, status one, response time one, command two, status two, response time two, then there are message info which is stale, skipped, or empty information and then there is message time which is available in 48-bit parameter or three 16-bit parameters - high, low and microtime. You can see these types of parameters here.

The Axon MBM modules also support variant functionality. To explain this, there can be only one bus controller active on a MIL-STD-1553 bus at any one time. However, during normal operation, the bus controller can relinquish control of the bus to another capable RT, hence the dynamic bus acceptance bit and the status word. The implication of this is that the expected BC to RT messages can change for example to RT to BC or RT to RT where the RT becomes the transmitting device. The Axon MBM modules support monitoring this behavior through the use of variant messages. The user defines a master message and multiple variant messages attached to this master message.

You can see the settings here for the packetization type - individual, dual redundant, or dual-stream. the MBM/401 and 402 support packetizer formats into iNET-X and Chapter 10. In iNET-X mode, you have to input a unique stream ID, enable the packetizer, and set the packet timeout and payload size. When changed to chapter 10 mode you choose which UDP transfer header format you want, whether it be format one, format two, or format three. Under format three the source ID is eight bits and defined here. Under format one and format two the channel ID is 16 bits and defined here, again must be unique per channel. The MBM/401 and 402 also support filtered packetizers. This is the ability to control which traffic gets into the packetizer stream.