Steve Leaper, Flight Recorder Product Manager at Curtiss-Wright, introduces you to the Fortress cockpit voice and flight data recorder. Regardless of your application for rotorcraft, fixed-wing, commercial or military, there is a Fortress recorder solution that meets all requirements. 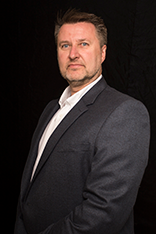 Steve Leaper works for Curtiss-Wright in the role of product manager for flight recorders and bids manager. He joined Curtiss-Wright in 1986, initially working with tape-based voice and flight data recorders. Steve has spent virtually all of his career working with the flight recorder product range, with extensive knowledge of the product range and requirements. Steve has held the positions of engineer, program manager and had key account management responsibility for Leonardo Helicopters, BAE Systems, and Collins Technologies (formerly Goodrich), amongst others, while also representing Curtiss-Wright at international committees such as ARINC and EUROCAE.

Hello, my name is Steve Leaper and I'm the Flight Recorder Product Manager at Curtiss-Wright.

Curtiss-Wright, through its Avionics business unit in Christchurch in the UK, has been designing and developing flight recorders for more than 60 years.

The latest generation of flight recorders that we have released is the Fortress Recorder.

For a flight data recorder, Fortress provides four different input streams. There's an ARINC-717 interface supporting the traditional flight recorders. There are four ARINC-429 inputs in which all data can be recorded as received. There is a dual redundant ARINC-664 interface that supports up to fourteen virtual links and there's an ethernet interface, recording data packets at up to 60 kilobytes per second.

The image recorder supports an ethernet input from a dedicated camera and that provides two hours of record capacity, typically at four frames per second. The recorder has been designed and developed to suit our current and future customer base.

The traditional markets that Curtiss-Wright satisfies have been rotorcraft and defense fast-jet markets. This recorder, with a 25-hour voice recording capability, will also support requirements for large aircraft over 27,000 kilos that are now required under EASA regulation to provide 25-hour recorder capacity.

Fortress is TSOd. It meets the requirements of ETSO-123C, 124C, 176A, and 177A. It provides crash survivability to ED112A requirements. Within the box is a 64GB memory capacity. Attached to the crash-survivable media is an ultrasonic locator beacon providing 90 days of operation.

Because we are now recording so much more data - 64GB in total - to extract the information we fit Fortress with a 64GB ethernet interface. Inside there is an integrated web server that allows simple, direct connection to a PC for the extraction of data. Once data is extracted, it's available for processing using ground-based software such as you see behind me.

Fortress presents our latest flight recorder available to the general marketplace. Regardless of rotorcraft, fixed-wing, commercial or military, there is a solution that meets all requirements.