Historically, in the Flight Test community, embedded systems have had their utility constrained by limited resources. However, over the last few years the amount of persistent storage, working memory and processing power available to embedded devices has increased exponentially. This has opened up the possibility of deploying ever more complex and intelligent software-based services on to the DAUs themselves. This white paper describes the benefits of using value-added services and how this can be achieved without disrupting core data acquisition. 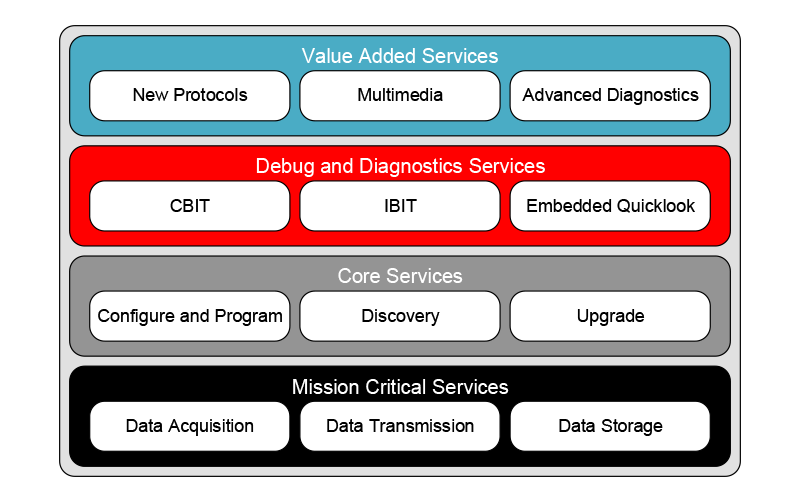 Flight test engineers are under considerable pressure to produce and operate a working system in a limited amount of time. Any system features that can make their lives easier, speed up deployment or give additional functionality is desirable. At the same time, however, it is critical that systems operate flawlessly and provide high accuracy data or a very expensive flight may need repeating. Thus, any value-added services must not interfere with the core operation.

Technology has typically been constrained by the resources available in the embedded device. Specifically, the limited amount of working memory (i.e. RAM), persistent storage (i.e. disk space) and processing power (both the number of cores and clock speed) have prevented more complex software in particular from being deployed in DAUs. This was not so much an issue when the volume of data acquired in a flight test was small but modern Ethernet-based systems on large aircraft can now acquire many gigabytes of data during a test flight.

Login and download the white paper to learn more about: