ASHBURN, Va. – June 2, 2021 – Curtiss-Wright’s Defense Solutions division, a trusted, proven supplier of rugged safety certifiable commercial off-the-shelf (COTS) avionics processor modules, today announced the expansion of its family of DO-254 safety certifiable single board computers (SBC). The new V3-1708 3U OpenVPX processor module is the embedded industry’s first SBC to bring the high core count advantages of the NXP LX2160A Arm Cortex A72 system on chip (SoC) processor to rugged deployed DO-254 Design Assurance Level (DAL) A safety certifiable applications. This SBC is designed for use in compute-intensive applications such as flight control computers, mission control, and primary flight displays.  It’s ideal for bringing the benefits of COTS-based safety certifiable processing to airborne military platforms such as the Future Vertical Lift (FVL) program’s Future Attack Reconnaissance Aircraft (FARA) and Future Long Range Assault Aircraft (FLRAA). This modular open systems approach (MOSA) based module meets the DAL A safety certifiable objectives of the FAA/EASA AMC 20-152A Development Assurance for Airborne Electronic Hardware (AEH) standard. It enables system integrators to easily transition their new system designs from NXP T-series Power Architecture® devices into an Arm architecture alternative that features familiar NXP IP blocks within the SoC. This approach significantly extends lifecycle availability and delivers greatly increased performance. What’s more, as a result of NXP’s close collaboration with the Multi-Core for Avionics (MCFA) industry group, the V3-1708 provides system integrators with the device data needed to support a DO-254 certification process, such as related CAST 32A multi-core and AC/AMC 20-152A COTS device objectives. The use of a rugged COTS SBC developed using AC/AMC 20-152A as a means of compliance, combined with off-the-shelf data kits for DO-254 and FMEA to support system architecture, Functional Failure Path (FFP) analysis and certification, provides avionics system designers with a proven and cost-effective foundation for safety-critical applications.

“When system integrators have DO-254 DAL A safety certifiable requirements, cost and schedule impact on their program can be a huge burden because developing the necessary data artifact packages is both expensive and time-consuming, even for design teams already familiar with the process,” said Chris Wiltsey, Senior Vice President and General Manager, Curtiss-Wright Defense Solutions. “Our new NXP Arm-based V3-1708 single board computer provides a COTS alternative that delivers next-generation performance and industry-leading SWaP characteristics to reduce the cost, risk, and time to market associated with bringing safety certifiable systems to market.” 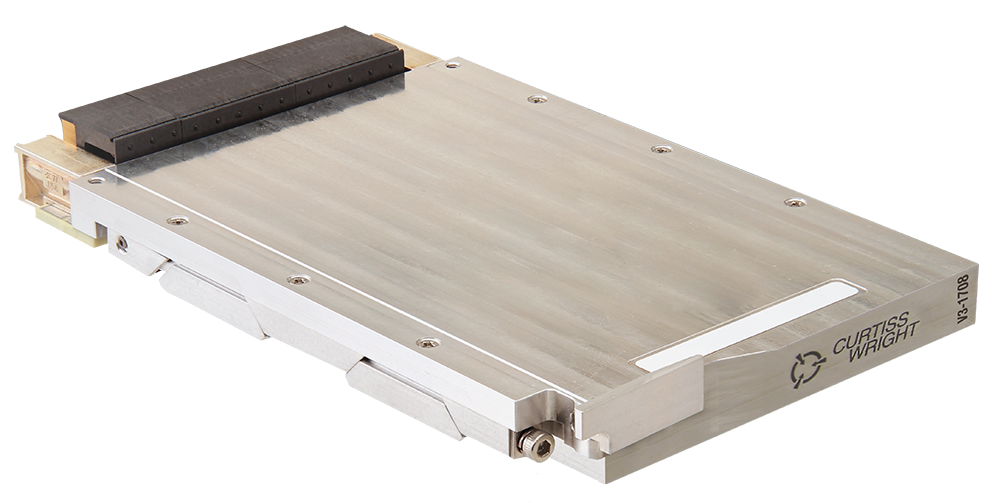 Curtiss-Wright is an active contributor to the definition and advancement of the open standards included in CMOSS and those being defined in The Open Group Sensor Open Systems Architecture™ (SOSA). Furthermore, the company has been a leading participant in the development of the CMOSS and SOSA standards since the inception of both initiatives and is a key participant in several SOSA™ Consortium working groups (including holding a chair position in the SOSA Consortium). In addition, Curtiss-Wright has been a leading contributor to the VITA Standards Organization (VSO) that oversees the definition of the OpenVPX, PMC, XMC, and FMC form factor standards that provide the foundation of both CMOSS and SOSA technical standards. This makes Curtiss-Wright ideally positioned to work with customers to help guide the development and success of their CMOSS- and SOSA-aligned applications.

NOTE: All trademarks are property of their respective owners.