On June 8th hundreds of exhibitors and over 50,000 visitors from 153 countries descended upon Paris France for Eurosatory 2018, the international exhibition for land, air defense, and security.  Over 70 conferences and workshops were available to attendees, and journalists from all over the world shared the advantage of witnessing new product offerings from a variety of global land, air and defense companies.  Packed with innovation and live demos, there was no doubt that this was the place to be, and Curtiss-Wright came to play. 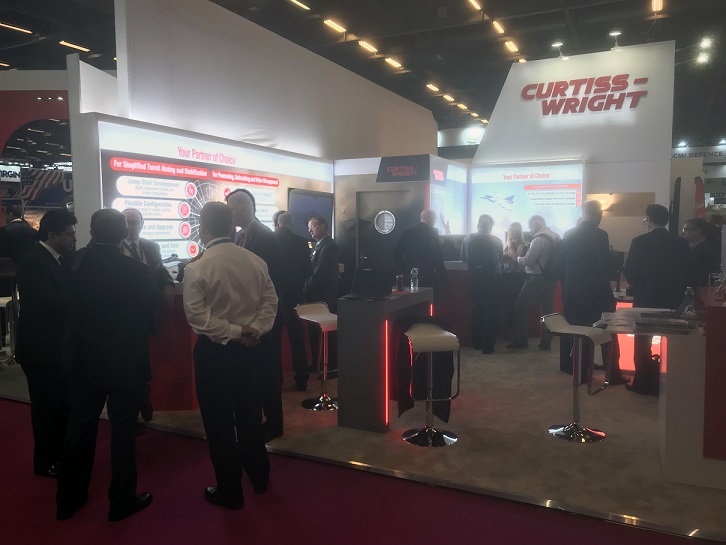 Conveniently located at booth D323, visitors were greeted by an interactive hype-box display which featured Curtiss-Wright’s first ever VITA 48.8 Air-Flow-Through (AFT) 3U VPX 6Gsps Wideband Transceiver FPGA Card.  The new Xilinx UltraScale+™ based VPX3-535 (and UltraScale based VPX3-534 conduction cooled variant) feature FPGAs that deliver twice the performance for C4ISR applications, compared to the previous generation VPX3-530 3U VPX FPGA product.  The display included a visual of a static FPGA board in virtual flames and then virtually cooled to extreme temperatures to demonstrate the boards’ extreme ruggedization. 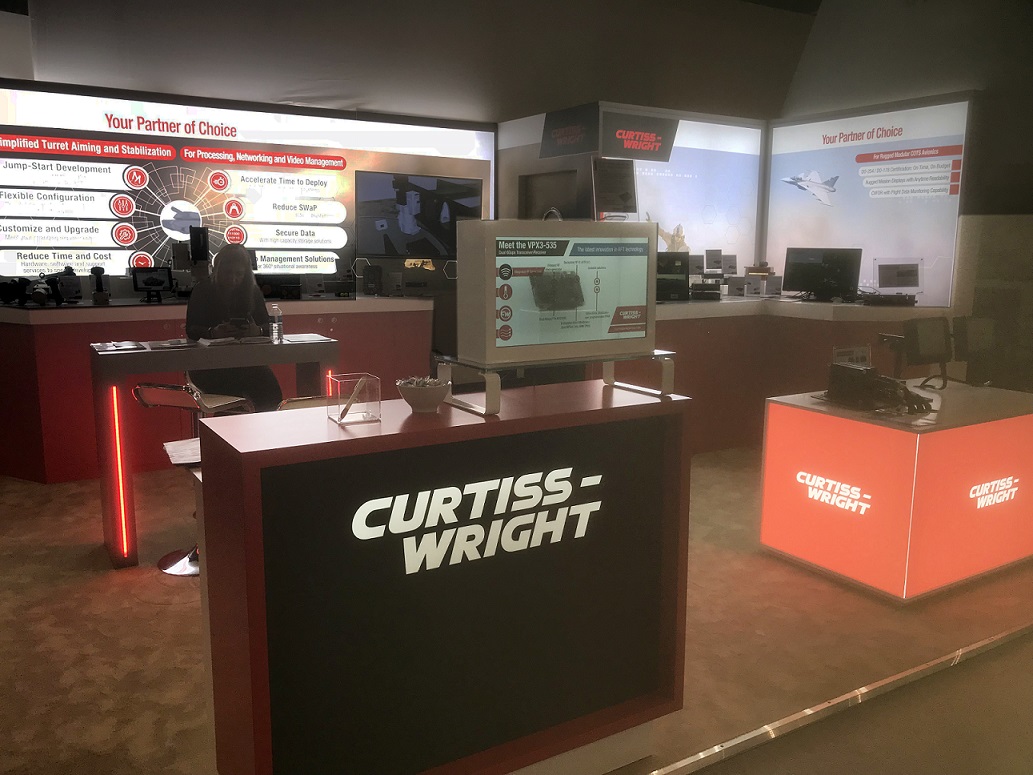 Working with Sysgo, Curtiss-Wright’s VPX3-133 3U single board computer powered another demonstration showing an avionics ecosystem.

Other products areas at the booth featured: